This page will discuss what  Seiðr actually is.  Below that description I get into True Heathenism verses the Popular-Occult, and also the differences between Heathen, Pagan, Ásatrú and Wiccan.


Some visiting here might be asking what exactly is Seiðr (pronounced say-the-r).


Today Seiðr can be found throughout the rebirth of ancient heathen/pagan practices of Scandinavia.  Whether that be Ásatrú, Odinism, Vanatrú or others, Seiðr in one form or another can typically be found within them all.  No matter what style and name the beliefs and groups are called, Seiðr dredges deeply into the ancient and very lose beliefs of olden Scandinavia.


History tells us that its original height of use spanned from the Bronze Age through the Iron Age.  Once Christianity flooded the northern lands with the mindset and goal of complete oppression, dominion over or annihilation of anything different from that way of thinking/believing, the practice of Seiðr, like so many of the old ways, went underground to be used in secret. Nevertheless, as a form or lose style of shamanism, Seiðr survived.


Seiðr in a nutshell comes down to “shamanistic” ceremonies, rituals and practices based heavily in the ancient Scandinavian beliefs.  In olden days it was the rite primarily used and lived by women, the Vulvas.  However, there is historical evidence that there were plenty of Seiðmenn as well.  Historians tell us that because Seiðr was generally accepted as a woman practice, many men that practiced it were looked down upon, shunned in some cases and generally looked upon in disfavor.  There are others that think otherwise due to the fact that Odin practiced Seiðr strongly and openly.  It is said that the practice and original rites of Seiðr came from Frejya.  After the great war between the Aesir and the Vanir, and its peaceful ending with the exchange of willing hostages between both, Freyja went to live with the Aesir and taught Odin the gifts of Seiðr.  Beings that Odin is a masculine energy, there are plenty who feel that male practitioners of the art historically were more accepted than some historians guess at.


Like everything that evolves with time, Seiðr is no exception.  It is an energy and all energy must adapt in order to survive the ever changing world.  Today female and male practitioners are equally accepted.


There is also the guess work of some historians that ancient Seiðmenn were homosexual.  This is also a largely opinionated guess by the few and has no factual historical accuracy.


Swinging Stones (pendulums), bones, runes, furs, feathers, stones, shells, herbs, foods, elements, blood, horn, antler, wood and so on are just some of the many tools that are utilized in Seiðr.


The practice is highly unique to the specific cause, practitioner and all involved.  The practice is fluid, ever shifting and very dynamically layered.  Think of cooking.  Every dish has a recipe of various ingredients, ways to mix them, times work and cook them.  Many are seasonal and each , though sometimes similar, are different.  Many people like to thing that the practice, and that of the runes, needs to be upheld in the most rigid and unbending traditional methods.  There are a few problems with that philosophy:
Within reason of course, otherwise it simply cannot be called Seiðr.

​The sky isn't the same as it was when the original practitioners of Seiðr walked the earth.  The climate is different; ecosystems have shifted, biological life has been altered with the mass and chronic introduction of synthetic chemicals and pollutants as well.  Life today is in-fact very different from the Bronze and Iron Age.  And as any life form inherently knows, the top skill of survival is the ability to adapt.

The runes however cannot be changed.
​ 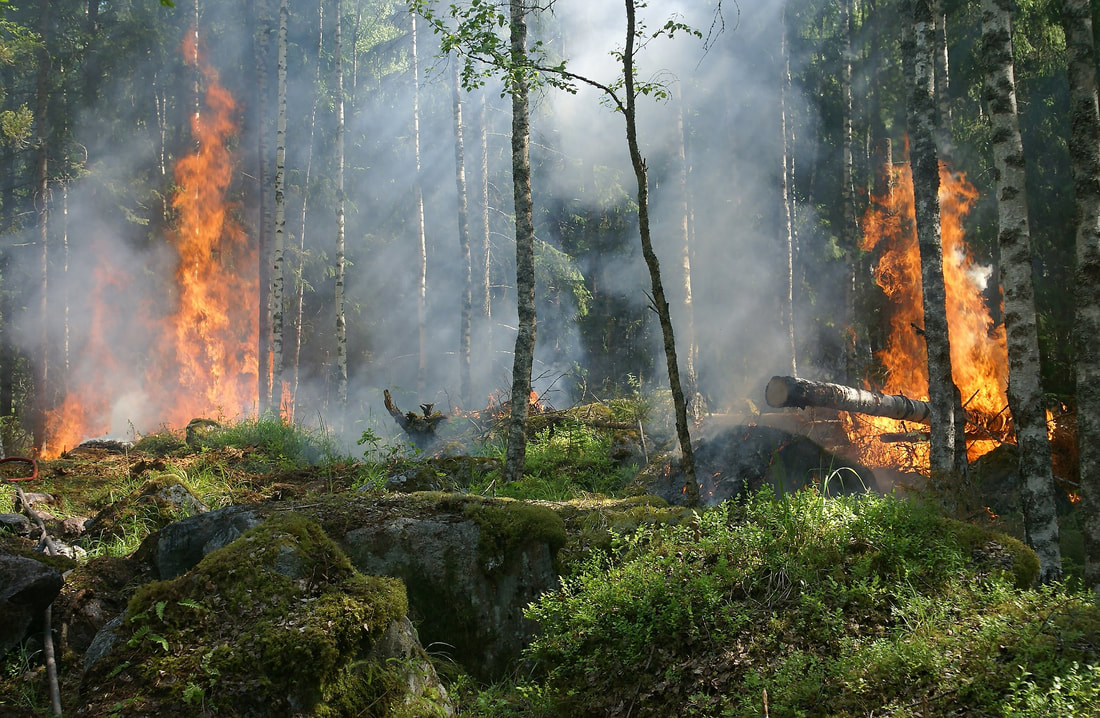 
It is important to realize that I live with, work with and teach the runes in the path of heathenry and not occult or pop-occult, the later being all too common today.  Pop-occult has almost no historical grounds of actual tradition, but rather is a new age conglomeration of creative ideas and practices from many various religions and even fantasy.


Any source speaking on the rune that incorporates minerals, plants, trees, animals, seasons, elements and so forth to each specific rune is not of a true heathen tradition, but rather of a pop-occult outlook.  Yes there are a couple runes that relate directly to trees, for example, and the rune names reflect that direction connection.  Berkano is the birch for instance and Eihwaz is the yew tree.  Birth and death respectively.  But no other rune relates directly to any specific tree, contrary to pop-occult belief.


I deal with 24 runes of the traditional Elder Futhark.  In heathen tradition and historical fact, there is no such thing as a 25 “blank” rune.  This was created by one of the original pop-occult books on runes by Ralph Blum.  Not only did he randomly create a 25th blank rune, but he also reorganized the historical and traditional order of the Elder Futhark.


Many other books and teachings on runes come from authors and teachers from the perspective of Judeo-Christian views, and thus are twisted out of true heathen traditions of the runes and mashed into a Christianized medley of non-authenticity.


Also the heathen life of the Elder Futhark does not mix other religious belief systems into it.  Any said connection or parallels to the runes with things like Atlantis, the Tarot, the I-Ching, Hebrew, the zodiac or anything else of the like are inaccurate, fabricated, and have zero basis in actual historical fact concerning heathenry and the original Elder Futhark.  Asian, the desert religion, Native American, tribal African, New Age or other non ancient Germanic and Scandinavian heathenism fits with or is of the Elder Futhark.  Any said connection is created fancy.

The many of websites I've seen today claiming to deal specifically with runes are solidly based in the popular-culture aspect filled with jargon and the mashed up mess of new age, and contain little to do with the historical traditions of the actual runes.  Too many places also utilize the Christian laced aspects and definition of certain runes, removing life from them.  Take for example the rune Thurz, which means Giant.  But Thurz are the destructive Giants of natural disaster and adverse and sometimes chaotic events external to the self.  To true Heathens and our ancestors, Thurz are very real, very much alive and have minds and spirits of their own.  The Earthquake Thurz, the Hurricane Thurz, the Famine Thurz; Thurz of specific diseases and addictions are all prime realities of the very real and living Giants.  Thurz is a combination of the runes Iss/Ice, and Ken/Fire.  The two primordial elements that had the most potency to our Heathen ancestors of Germania and Scandinavia.  Iss of Nifelheim and Ken of Muspelheim.  The world of icy mist and the world of fire.  Between them was an environment perfect for the making of the first Giant, Ymir.  Ymir was the first Primordial Giant of which all other Giants come from.   Thurz is Giant born of the meeting of Primordial Ice and Primordial Fire.  Thurz is Giant.
Christianity placed the Thurz rune as a dead thorn, rather than the true meaning of real Giants.  This is just one very small example of the true historical accuracy of our Heathen ancestors being over-written and the life being removed from it but organized religions.  To the true Heathen everything is alive and has mind and spirit and place.


Much like people who like to use the term “Runic Shaman”.  Shamanism as it is known traditional from Mongolia and the Sami did not exist in western and southern Scandinavia, nor in Germania. It did not exist in north or south America either for that matter.  Drawings depicting Runic Shamans of the Norse, for example, carrying drums is also an inaccuracy.  There have been no drums found in western Scandinavian archeologic digs, and especially not in the well preserved graves of Vulvas.  The Sami did and still today use drums and have a from of shamanism, but not in ancient western Scandinavia.  Drums did exist in places such as Daneland and Germania though.
​

There is historical fact and faction.  True Heathenism is founded in a living tradition stemmed from historical facts of our ancestors and not mixed, twisted or diluted in the common New Age beliefs or Judeo-Christian beliefs.  Many people today try to analyze the old Heathen beliefs and break them apart into categories and associations of what they feel were the "actual" meanings.  Rather than realizing and accepting that Giants were in-fact Giants, they attempt to brush Giants off as simply archetypes or story characters to symbolize a "simple" force of nature out of their control.  The attempts to do this stem from organized religions that have zero foundation in the ancient northern Heathen beliefs and ways of life, and or the New Age conglomeration.

To the true Heathen and our ancestors, the world is fully alive and filled with individual creatures and spirits.  It isn't flat and science sterile.  It is real, breathing, moving, virile and vital.  It is not symbolism and archetypal.


Some people have asked me what, if any, is the difference between Heathenism, Paganism, Ásatrú and Wicca.  I’m just going to layout a few distinctions here for the purpose of general clarity.


Heathen - people following the Old Way of Germanic and Scandinavian historical traditions and beliefs, pre-Christianity - originally thought to come from the name Christians gave to people living way out in the “heath”, or country, still living by the Old Ways - Heathenism focuses not only on numerous gods and goddesses, but also many other spirits and the opposing nature of fire and ice - spirits are referred to by location of their presence or activity (all from Germania and Scandinavia) - the beliefs are open, unstructured and highly individual


Pagan - really just another term created to describe people of non-Christian faith living by the Old Ways of Germania and Scandinavia - but today used more popularly with faiths aligning with Wicca, Celtic, Druidic practices - even old faiths stemming from around the Mediterranean Sea and beyond


Ásatrú - a legally recognized belief system (religion really) of “pagan” origin that encompasses the Old Ways of Scandinavia and Germania - I’m pretty sure it was legally registered in Iceland in the year 1972 - it tends to be a bit more structured than true Heathenism, but similar enough to use the names together for most purposes

There tend to be many versions of the above belief systems today, with of course variations of beliefs therein.  Many different landscapes and mountains.  There never was just one peak.


In the Old Days the people living the Old Ways didn’t have a name for their living beliefs.  They didn’t have organized religion.  It wasn’t until the oppressive invasion of the desert faith into Germania and Scandinavia that the titles “Heathen” and “Pagan” came into play.
Dare to touch the world, Dare to explore, Dare to live 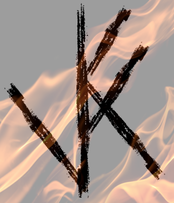